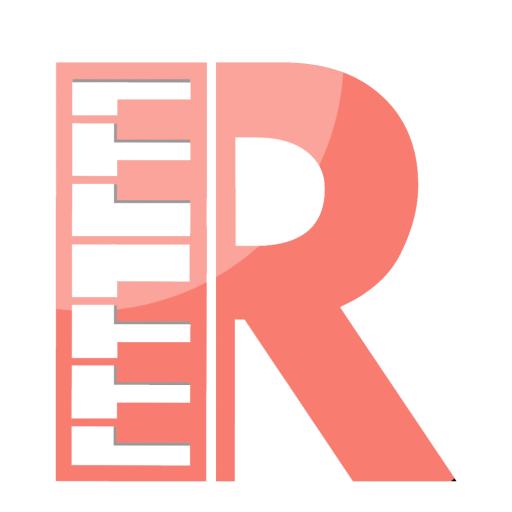 Vlad Alexandru Robu is a Romanian freelance opera, concert and recital singer, piano & voice teacher, conductor and young entrepreneur based in Copenhagen, Denmark. He studied at “George Enescu” Music High School, The Royal Danish Academy of Music and Accademia del Belcanto “Rodolfo Celetti”. Together with Ingrid Alexandra Șulț he founded DoDiez.ro, a new platform through which people of all ages, eager to learn music, can get in touch with certified music teachers. DoDiez.ro is the first product of this kind in Romania.

Mastering the Voice with José Cura

During the last week of October, Vlad was one of the lucky 12 singers from all around the world to participate in the unique training opportunity with world-famous opera star and conductor José Cura, presented by the Malta Philharmonic Orchestra (MPO). The week-long series of insightful masterclasses, focusing on French and Italian operatic repertoire developing skills concerning interpretation, interaction and communication with the orchestra and conductor took place at Robert Samut Hall in Floriana, the Grandmaster Suite at Hilton in Saint Julian and had a closing concert open for the public at Teatru Astra in Victoria.

For the 3rd time now, Vlad has been invited to sing and organise a New Year’s Concert in Skovlunde church outside Copenhagen, Denmark. As a yearly tradition by now, the concerts are a huge success as more than 120 people attend every year.

For this year’s edition, Vlad has invited rising star French-Romanian soprano Gina Gloria Tronel, a member of the Young Artist Program at The Royal Danish Opera, and his talented pianist and friend, Bogdan Marian Nicola. The repertoire of the concert will consist of the most well-known and bubbly opera and operetta arias together with duets by late-romantic French and Italian composers and solo piano pieces by Frédérick Chopin.

On Friday February the 11th at 17h00, Vlad will perform a song recital together with Bogdan Marian Nicola in Lyngby kirke with repertoire by the most famous French and Italian composers: G. Fauré, G. Enescu, F. P. Tosti, G. Verdi and P. Mascagni.

Vlad and Bogdan have studied together at George Enescu Music High School in Bucharest, Romania and at the Royal Danish Academy of Music in Copenhagen. They have performed together in concerts since 2013 in Skovshoved Church, Skovlunde Church, the Swedish Church and on several occasions in concerts arranged by the Romanian Embassy in the Kingdom of Denmark and Island and by the Italian Cultural Institute.

Vlad Alexandru Robu was born in Bucharest, Romania in 1992. At the age of 5, Vlad showed interest in music and he started taking private piano lessons. After the advice of his kindergarten teacher who was very passionate about music, his parents took him to the “George Enescu” Music High School, from where he graduated in 2011. He studied piano and voice.

After seeing Die Fledermaus at the age of 12, at the National Opera House in Bucharest, Vlad fell in love with the world of opera. He was taken by his friend whose mother was singing that night. After the performance, they went backstage, and seeing the set, feeling the smell of the stage, he immediately knew that he wanted to become an opera singer. After his high school graduation Vlad applied at the Royal Danish Academy of Music in Copenhagen, Denmark, and got accepted. For the 5 years of academy he has been studying with Swedish soprano Åsa Bäverstam (BA) and with professor Kirsten Buhl Møller (MA).

Vlad is currently based in Copenhagen, Denmark where he is working as a singer in Skovlunde and Lyngby churches, teaches piano and singing for a private music school.

Since 2015 he has been studying with Maestro Sherman Lowe, in Italy and more recently he has been working on repertoire and technique with world famous Welsh baritone, David Kempster in Copenhagen and with Romanian soprano, Dr. Lavinia Chereches in Berlin.

His debut took place in 2013 at the National Operetta Theater “Ion Dacian” in Bucharest having the role of Ben in the musical “Rebecca” by Michael Kunze and Sylvester Levay, directed by Attila Beres. The original director of the show – Francesca Zambello.

Most recently Vlad participated in the unique training opportunity with world-famous opera star and conductor José Cura, presented by the Malta Philharmonic Orchestra (MPO). This was a week-long series of insightful masterclasses, focusing on French and Italian operatic repertoire developing skills concerning interpretation, interaction and communication with the orchestra and conductor. The course had a closing concert open for the public at Teatru Astra in Victoria.

In october 2021, he was accepted at the opera workshop & audition program of the Bavarian Opera Academy in Berlin, held and organised in collaboration with IOA Management (International Opera Artists) by Dr. Lavinia Chereches, voice teacher and Kalle Kanttila, director of IOA Management. Vlad auditioned for Isla Mundell-Perkins, the new casting director of the State Opera in Hamburg.

In February 2020, Vlad has studied with soprano Sylvie Valayre at the 3rd Academy of the École Normale de Musique de Paris – Alfred Cortot in Bucharest, organized by the Noesis-Enesco Association in collaboration with the “Dinu Lipatti” National College of Music. Vlad was nominated for a scholarship in the 2020-2021 school year to study in Paris

From 2017 until 2020 Vlad conducted the SAS Choir, an amateur choir formed of ex-employees of the Scandinavian airlines company.

Among his most important artistic achievements thus far is his collaboration from 2009 to 2013 with The National Operetta and Musical Theater in Bucharest, Romania, singing Ben in the Musical “Rebecca” by Sylvester Levy. Vlad had great success being the first cast and has been highly appreciated by the audience. He was also covering for Romeo at the age of only 16 in the Musical Romeo & Juliet by Gérard Presgurvic after the play of the same name by William Shakespeare, directed by: KERO® – Kérenyi Miklós Gábor, conductor: Balázs Stauróczky, co-production partner: Budapest Operetta and Musical Theatre, Hungary. Both shows received the show of the year award in 2009 and 2011 at the Annual Gala Awards of the Music News Magazine, 20th and 22nd edition.

Vlad has sung in many recitals and concert galas around the world.
In 2018, he collaborated in two wonderful recitals with Romanian pianist Iulia Marin, in St. Martin in the Fields, London, organized by the Romanian Cultural Institute in London, United Kingdom and at the recital hall of the Romanian Athenæum – “George Enescu” Philharmonic.

From 2013 until 2016 Vlad sang many recitals with Romanian pianist Bogdan Marian Nicola.

Vlad speaks fluently English, Italian and Danish and he is proficient in German, French, Spanish, Swedish and Norwegian.